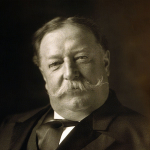 Admin Discussions Moderator
2,516 Edits since joining this wiki
April 13, 2015
25 Discussion posts
Inre officaly the Noble Republic of Inre fromerly known as Irne is a small sized micronation located in the Fennoscandian Sector , bordering Finland in the north and the Republic of Julholm to the south Established in after the Fall of the United Islands Irne is the smallest Fennoscandian Nation, Irne was part of the Soldanian Empire, the Federal Republic of Brandholm and the United Islands 2 months after independence, Irne adopted a new constitution, establishing itself as a Noble Republic Inre a democratic, semi-developed micronation which scores 3.7 on Dresner's system of Classification. In addition, it is a "6th World" micronation, according to the Whole Picture calculation of the Boodlesmythe-Tallini System of Classification and Dan's System of Classification. On Miles' Scale of Economic Potential, Inre scores a 5.

Durring the United Islands, Inre was spelled as "Irne" and was pronounced as "Irene" After Inre's independence In 1881, the pronunciation and spelling of Inre was made official by an act of the legislature, Inre can be pronounced as In-ray or Inrai

Irne is pronounced as In-ray

Retrieved from "https://micronationalss.fandom.com/wiki/User:BrandholmerPresident?oldid=16496"
Community content is available under CC-BY-SA unless otherwise noted.